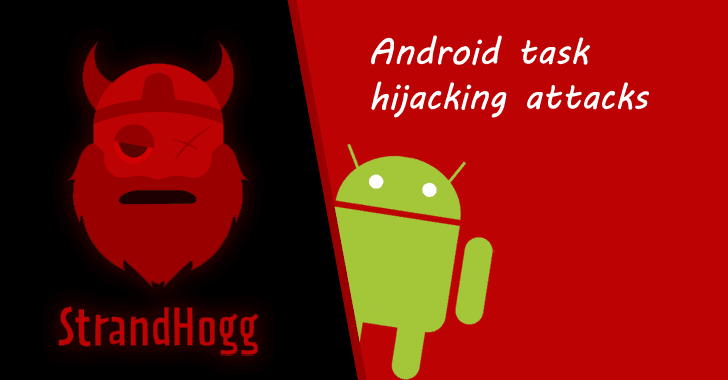 Cybersecurity researchers have discovered a new unpatched vulnerability in the Android operating system that dozens of malicious mobile apps are already exploiting in the wild to steal users’ banking credentials and spy on their activities.

Dubbed Strandhogg, the vulnerability resides in the multitasking feature of Android that can be exploited by a malicious app installed on a device to masquerade as any other app on it, including any privileged system app.

In other words, when a user taps the icon of a legitimate app, the malware exploiting the Strandhogg vulnerability can intercept and hijack this task to display a fake interface to the user instead of launching the legitimate application.

By tricking users into thinking they are using a legitimate app, the vulnerability makes it possible for malicious apps to steal users’ credentials using fake login screens, as shown in the video demonstration.

“The vulnerability allows an attacker to masquerade as nearly any app in a highly believable manner,” the researchers said.

“In this example, the attacker successfully misleads the system and launches the spoofing UI by abusing some task state transition conditions, i.e., taskAffinity and allowTaskReparenting.”

“When the victim inputs their login credentials within this interface, sensitive details are immediately sent to the attacker, who can then login to, and control, security-sensitive apps.”


Besides phishing login credentials, a malicious app can also escalate its capabilities significantly by tricking users into granting sensitive device permissions while posing as a legitimate app.

“An attacker can ask for access to any permission, including SMS, photos, microphone, and GPS, allowing them to read messages, view photos, eavesdrop, and track the victim’s movements.”

Promon spotted the vulnerability after analyzing a malicious banking Trojan app that hijacked bank accounts of several customers in the Czech Republic and stole their money. 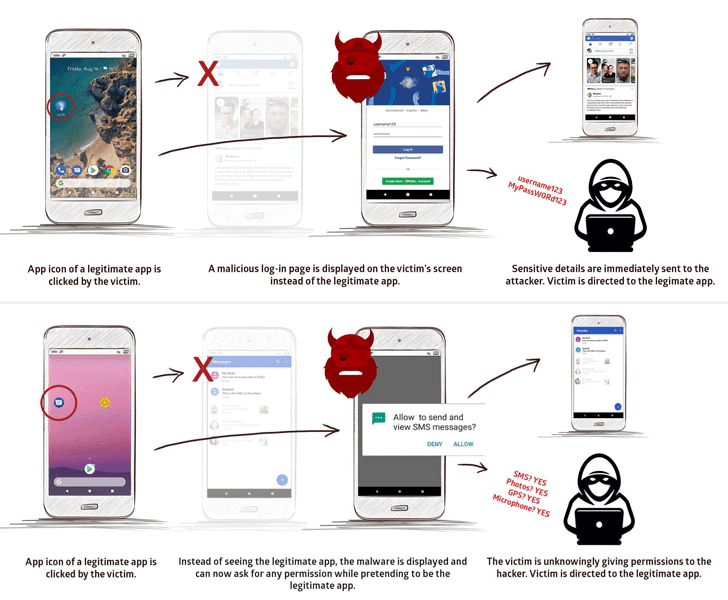 According to the researchers, some of the identified malicious apps were also being distributed through several droppers and hostile downloader apps available on the Google Play Store.

Mobile security firm Lookout then also analysed the malicious sample and confirmed that they had identified at least 36 malicious apps in the wild that are exploiting the Strandhogg vulnerability.

“These apps have now been removed, but in spite of Google’s Play Protect security suite, dropper apps continue to be published and frequently slip under the radar, with some being downloaded millions of times before being spotted and deleted,” researchers say.

Promon reported the Strandhogg vulnerability to the Google security team this summer and disclosed details today when the tech giant failed to patch the issue even after a 90-day disclosure timeline.

Though there is no effective and reliable way to block or detect task hijacking attacks, users can still spot such attacks by keeping an eye on discrepancies, like: