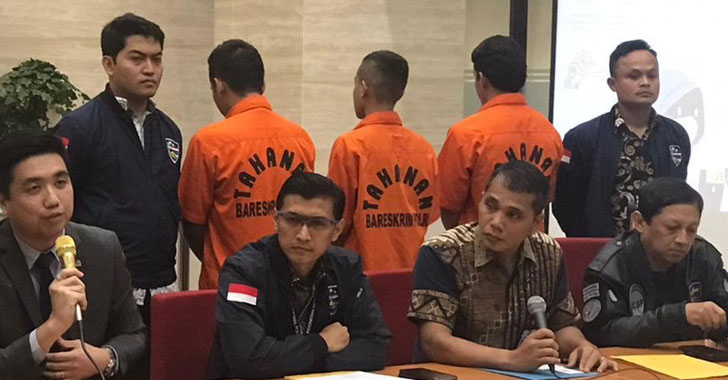 The Indonesian National Police in a joint press conference with Interpol and cybersecurity firm Group-IB earlier today announced the arrest of three Magecart-style Indonesian hackers who had compromised hundreds of international e-commerce websites and stolen payment card details of their online shoppers.

According to the press conference, all three accused (23, 26, and 35 years old) were arrested last year in December from Jakarta and Yogyakarta and charged with criminal laws related to the data theft, fraud, and unauthorized access.

“The operation is still ongoing in the other five ASEAN countries with which the intelligence was also shared. This case marks the first successful multi-jurisdictional operation against the operators of JavaScript-sniffers in the region,” Group-IB said in a press release shared with The Hacker News.

To hide their real location and identity, the group used VPNs while connecting to their command-and-control servers and stolen payment cards to buy new domains. 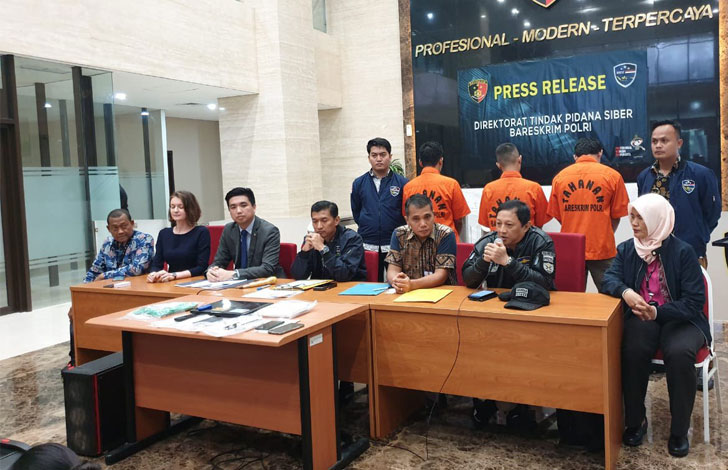 Just like most of the other widespread Magecart attacks, the modus operandi behind this series of attacks also involved exploiting unpatched vulnerabilities in e-commerce websites powered by Magento and WordPress content management platforms. 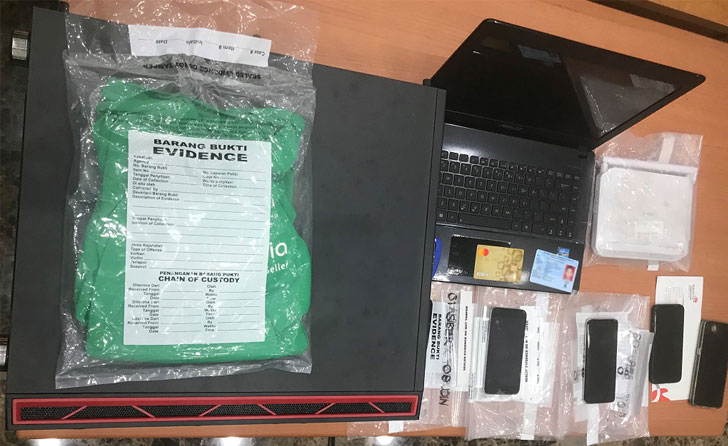 Cybersecurity experts at Group-IB have been tracking activities of this Magecart group since 2018, who were identified as the operators of JavaScript-sniffer family, dubbed “GetBilling.”

Though Indonesian police claim these hackers had compromised 12 e-commerce websites, experts at cybersecurity firm Sanguine Security believe the same group is behind the credit card theft at more than 571 online stores.

“These hacks could be attributed because of an odd message that was left in all of the skimming code,” Sanguine Security said.

“‘Success gan’ translates to ‘Success bro’ in Indonesian and has been present for years on all of their skimming infrastructures.’

Group-IB investigation also confirmed that the number of websites infected with GetBilling sniffer is likely to be higher than 200 confirmed cases in Indonesia, Australia, Europe, the United States, South America, and some other countries.

Besides this, the police also revealed that the suspects used stolen credit cards to buy electronic goods and other luxury items, and then also attempted to resell some of them at a relatively low price through local e-commerce websites in Indonesia.

On an Indonesian news channel, one of the accused even admitted to hacking e-commerce websites and injecting web skimmers since 2017.

“This case showed the borderless nature of cybercrime – the operators of the JS-sniffer lived in one country attacking ecommerce websites all around the world. It makes evidence collection, identification of suspects, and prosecution more complicated,” says Vesta Matveeva, Head of Group-IB’s APAC Cyber Investigations team.

Moreover, experts also observed similar cyberattacks linked to the same online infrastructure even after the arrest of three people, and thus believes there are more members of this Magecart hacking group who are still at large.